For the first time since 2019 large scale in person celebrations took place in Gravesham and Dartford to celebrate Saint George’s Day.

Kent Equality Cohesion Council were delighted to work in partnership with Cohesion Plus, Gravesham Borough Council and Dartford Borough Council to produce these successful community events which also featured 18 local schools from across the 2 boroughs, with 900 children taking part in creative arts workshops in the buildup. The workshops were run by our artistic partners Same Sky.

The aim of the celebrations was to celebrate the patron Saint of England and to use it as an opportunity to bring the communities of Gravesham and Dartford together. Entertainment included traditional and contemporary brass bands, fusion Dhol drummers, folk musicians, DJ, balloon modeler, Saint George himself and a large scale dragon.

Gurvinder Sandher the CEO of Kent Equality Cohesion Council commented “I am so pleased that we are able to produce in person Saint George’s Day celebrations again in Gravesham and Dartford. After the challenging period we have just been through, it is so wonderful that we are able to bring the communities of Gravesham and Dartford together through the Saint George’s Day celebrations. I am always humbled by the support we received for these events from local schools, artists, residents and artists and this year was no exception.” 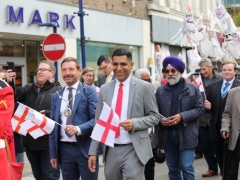 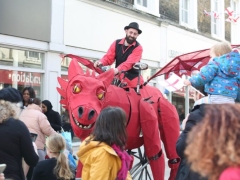 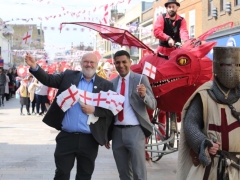 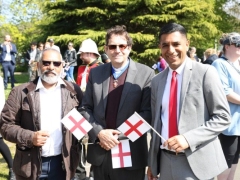 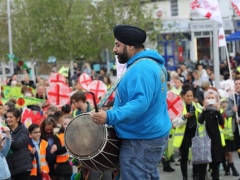 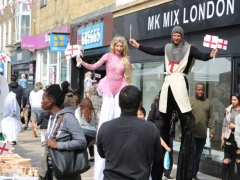 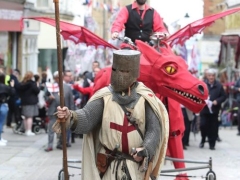