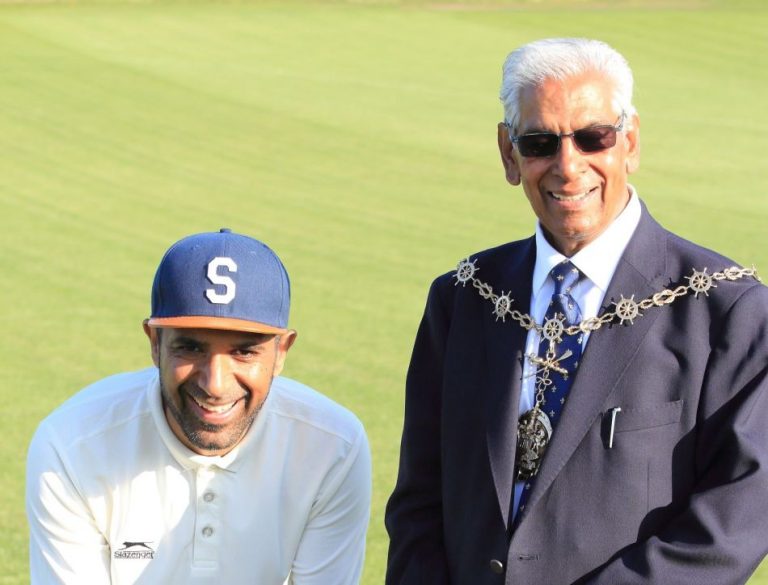 A charity cricket match took place on Thursday 22nd August at Gravesend Rugby Club which raised £260 for the Mayor of Gravesham’s charity fund. It featured a Kent Equality Cohesion Council Community XI and the Kent Police XI. The Mayor of Gravesham Cllr Gurdip Bungar was in attendance to see a highly competitive match which went into the last over before the Community XI were victorious overcoming a target of 93 runs.

Gurvinder Sandher, CEO of Kent Equality Cohesion Council said “I am really pleased that we were able to raise funds for the Mayor of Gravesham’s nominated charities. The cricket match was a great way of bringing together diverse communities to play against and encourage dialogue with Kent Police in a competitive but fun way. I am very grateful to Gravesham Rugby Club who hosted the match and we look forward to putting together similar activities featuring other sports over the coming year.”