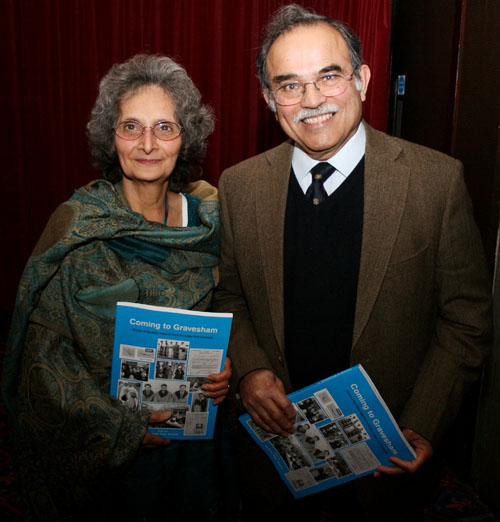 The book which resulted from the project titled “Coming to Gravesham” was officially launched on Wednesday January 12 2011 at a special community event which was attended by 300 people at the Woodville Halls in Gravesend including the majority of the participants who shared their stories for the book, local schools and community groups.

The launch event was attended by the Mayor of Gravesham Cllr. Bill Lambert and Deputy Leader of Gravesham Borough Council Cllr. David Turner who helped present the books to the participants. They were joined by representatives from the Heritage Lottery Fund and Kent Police who also helped out with the presentations.

Gurvinder Sandher the author of the book and the Director of the Kent Equality Cohesion Council commented “This has been a very interesting project. During the course of it I have learnt so much about life here in Gravesham and also on the subcontinent in the period covered by the book between 1949 and 1969. The whole aim of this project was to share the stories of the early migrants with future generations, to understand the struggles they had to overcome and the personal sacrifices they had to make. We will be providing free copies of the book to local schools over the coming weeks”

For further information and to view images go to www.comingtogravesham.com