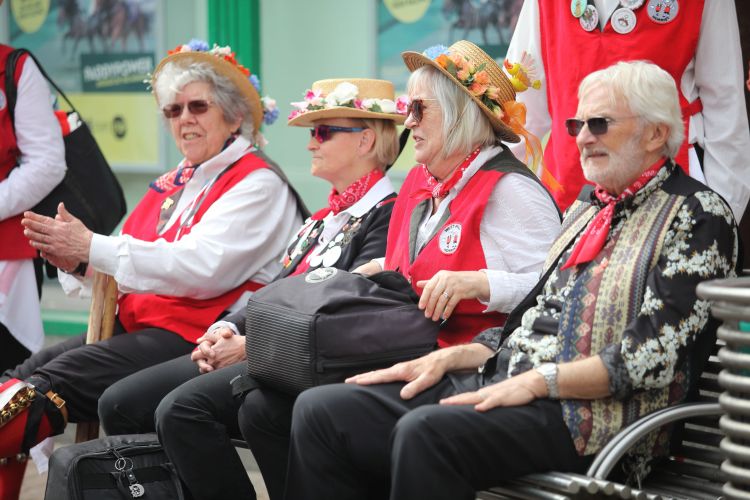 Gravesend Town Centre was brought to a standstill by some of the biggest celebrations in England to commemorate Saint George’s Day on Tuesday April 23rd. Some 500 Children from 13 local schools took part in the event which was organised by Kent Equality Cohesion Council in partnership Cohesion Plus and supported by Gravesham Borough Council. The event celebrated the patron Saint of England and brought together the diverse communities of the borough.

Celebrations began with performances in the Town Centre. The highlight of the celebrations was the schools parade which was led by Saint George enacted by Gravesham resident Russel Palmer. They were followed by the Mayor of Gravesham Cllr David Hurley and local dignitaries including Deputy Lord Lieutenant of Kent, Dr. Bhargawa Vasudaven and Superintendent Andy Gadd from Kent Police.

Gurvinder Sandher, CEO of Kent Equality Cohesion Council commented “I believe passionately that we should be using celebrations like Saint George’s Day as opportunities to bring communities together and celebrate all that binds us as residents of Gravesham. Today it was so humbling to see so many people regardless of faith or background come out to support the celebrations and wave the flag of Saint George with pride. Events like today champion the values of community cohesion, unity and diversity celebrating our shared values.”