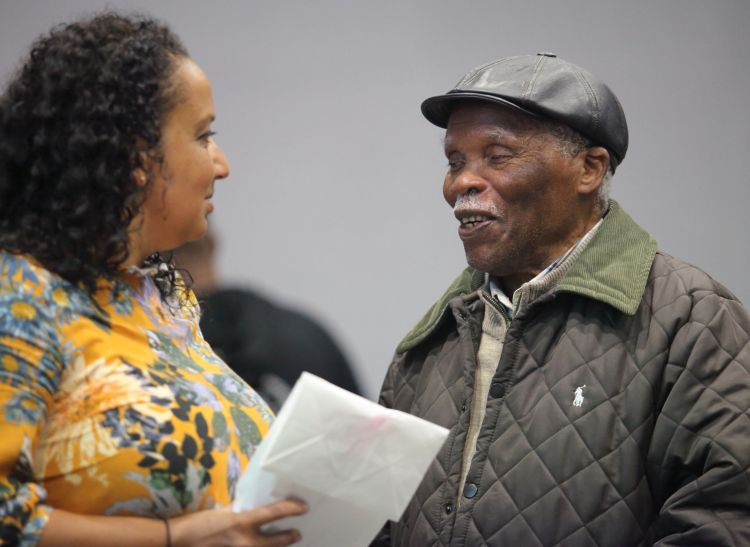 Black History Month celebrations climaxed in the borough with a special event which was arranged by Kent Equality Cohesion Council, Cohesion Plus and the North Kent Caribbean Network in partnership with Gravesham Borough Council. Some 200 attended the event in the Council Chamber which celebrated the significant and positive contribution made by those of Caribbean descent.

Guests included the Mayor of Gravesham Cllr Gurdip Bungar, Deputy Lord Lieutenant Dr Bhagwara Vasudaven and Chairman of the KCC Cllr Ann Allen. Talks were also given by Lennox Rogers from local charity Refocus who spoke about his experience with gang violence and his eventual rehabilitation which led to the publishing of his new book ‘Breaking Better’. Rethink Sahayak spoke about issues of mental health within the black communities and the support they can provide. There were also performances by the Taboo Dance Company and rap/poet D-Wayne.

A special award for services to communities’ was presented to Patricia Fenton for her outstanding service with Metropolitan Police supporting victims of crime which included being a Family Liaison Officer to the family of Steven Lawrence in the aftermath of his murder.

Gurvinder Sandher the CEO of Kent Equality Cohesion Council commented, “There have been a number of events taking place around Gravesham to celebrate Black History Month and I was particularly proud of what we were able to achieve with very limited resources. It is important that we use events like Black History Month to celebrate what binds us together as communities and to remember the past struggles and the sacrifices that the generations before us made. A particular highlight for me was the recognition of community champions who are often unsung but make a positive contribution within our local communities.”