As part of the world wide celebrations to commemorate the 550th birth anniversary of Guru Nanak Dev Ji, founder of the Sikh faith, Dartford Borough Council in partnership with the Kent Equality Cohesion Council have arranged a special exhibition which will be on display in the Peter Blake Gallery in Dartford Library until the 10th February.

The exhibition was created by the Indian High Commission and has toured extensively around the UK and Europe. The exhibition covers the life and times of Guru Nanak Dev Ji, his many teachings and how these teachings are still relevant to this day in great detail and artistry.

Gurvinder Sandher CEO of Kent Equality Cohesion Council commented, “I am delighted that working with Dartford Borough Council that we have been able to secure this fantastic exhibition. I hope that as many people as possible regardless of faith have an opportunity to come and view it and learn more about Guru Nanak Dev Ji, who was a great advocate of breaking down religious and social barriers, something that is just as important now as it was then.”

Cllr Avtar Sandhu MBE commented, “It was amazing to see so many people at the launch of the exhibition. We are very grateful for the support provided by the Indian High Commission in making this possible. The Sikh community in Dartford have a long and proud tradition and this exhibition underlines the values and ethos of the Sikh faith.” 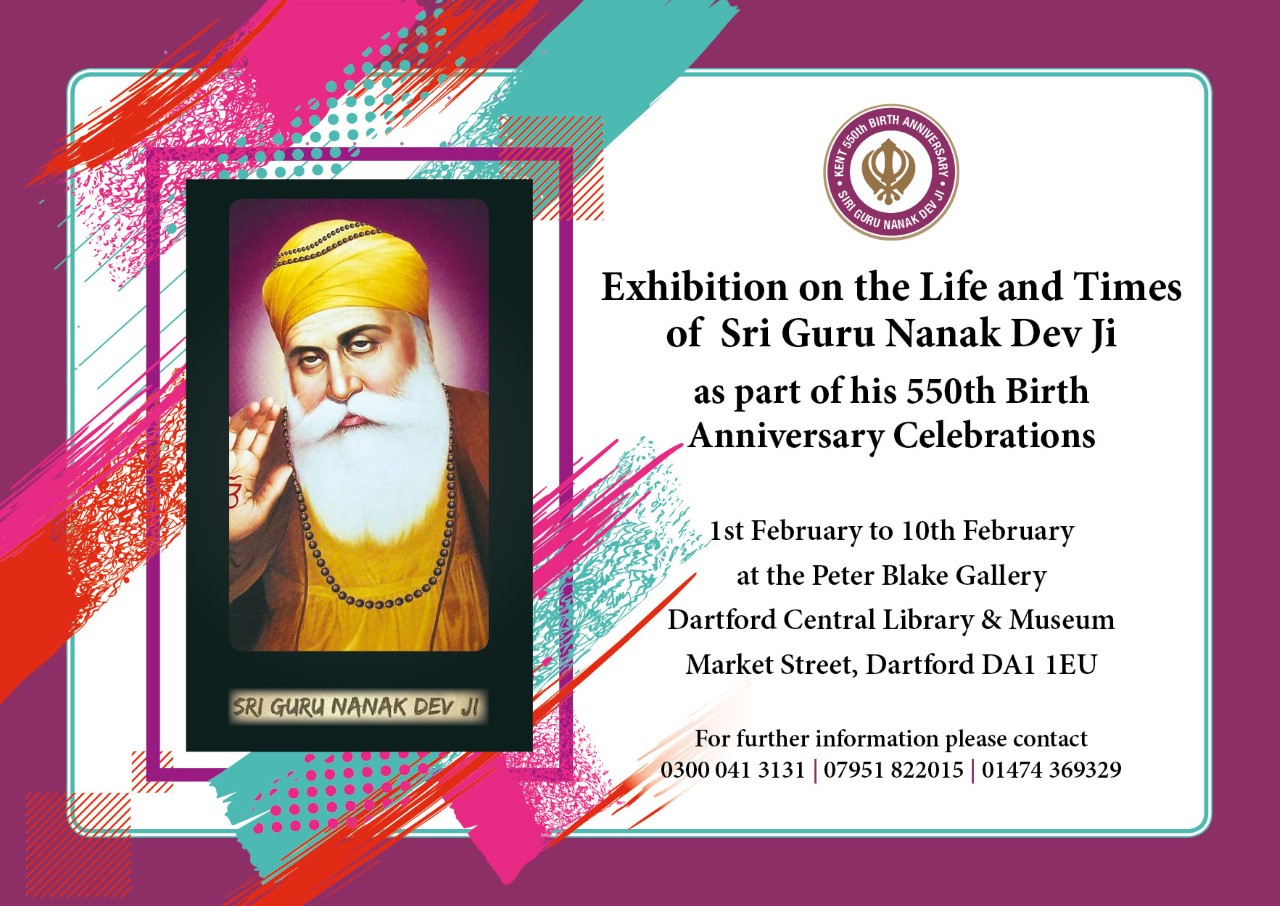