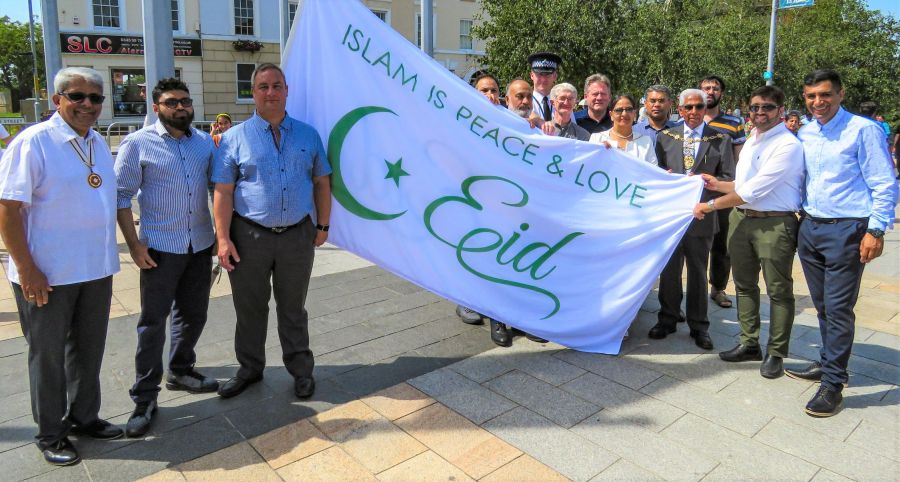 Around 500 people attended celebrations on Community Square on Saturday June 29th despite the soaring temperatures to celebrate the Festival of Eid, one of the most important dates in the Muslim calendar. Eid marks the end of Ramadan, a month long period where people from the Muslim faith fast from dawn to sunset.

The celebrations involved the raising of a flag celebrating the Festival of Eid, musical entertainment, face painting children’s entertainment and the handing out of free food to not only those in attendance but also members of the public passing by.

According to Gurvinder Sandher the CEO of Kent Equality Cohesion Council “I am grateful not only to the partner agencies who attended these important celebrations but also the public, who came out in the hot weather to show their support. I can’t stress enough the significance of events such as Eid and Saint George’s Day, which at their core are vital opportunities to bring the communities of Gravesham together to celebrate our uniqueness, diversity, shared values and faith or if you have no faith at all.”