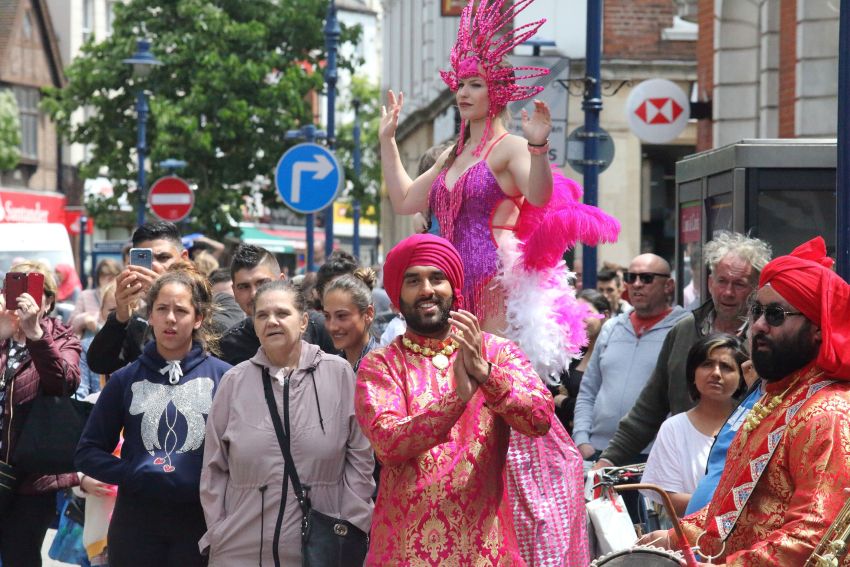 Kent Equality Cohesion Council were proud to be partners for the Fusion Festival which came to Gravesend Town Centre on Saturday June 15. The pop up street festival showcased a range of artists and art forms including a roaming elephant, dancing lions, mime artists, samba, bhangra, brass, choir and calypso.

The aim of the festival was to bring culturally diverse arts to the heart of local communities and to showcase new performances especially in an area like Gravesham which has had traditionally low levels of engagement with the arts.

The festival was organised by Cohesion Plus working in partnership with Kent Equality Cohesion Council, and was supported by Gravesham Borough Council and Arts Council England.