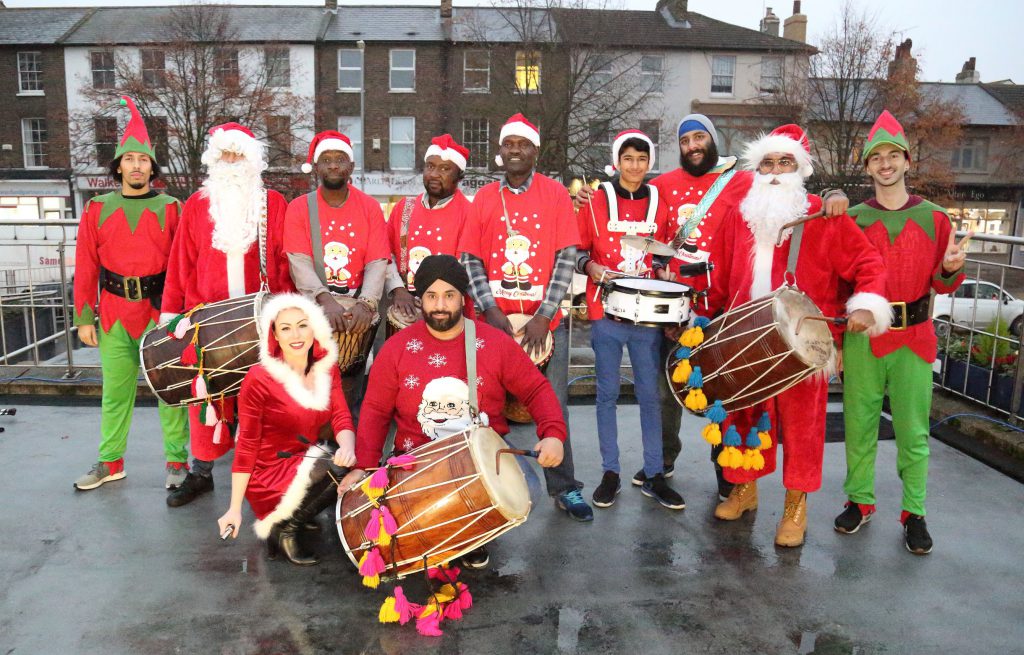 Gravesend Town Centre was brought to a halt with a spectacular lantern parade as part of the Gravesham Festival of Christmas Lights on Friday 16th November which incorporated the switching on of the town’s Christmas Lights. The celebrations were organised by Kent Equality Cohesion Council working in partnership with Cohesion Plus and Gravesham Borough Council.

Some 3,500 from across 11 schools enjoyed the lantern parade led by partners and representatives from various faith and community organisations.

Entertainment was provided by Crocodile Style Brass, Knights Academy, Folk in Fusion Drumming Santas, Stilt Batteristas and Bloco Fogo Samba. The parade was led by a giant Garuda Bird called Shanti which was specially lit up for the occasion. The Christmas Lights were switched on in the Town Centre as the parade passed by.

Gurvinder Sandher the CEO of Kent Equality Cohesion Council commented “A key element of our work is to bring communities together and celebrate our shared British values. This festival is a great example of this. It also showcases how the arts are a positive tool in terms of community engagement and outreach with diverse communities. We are very grateful to all our partners for their support with this project and I am very proud of how we have been able to develop the festival over the last few years so that now it is one of the highlights of the local community calendar.”