KECC pleased to support the opening of Hindu Mandir in Gravesend

KECC have worked with the Hindu Cultural Society over the past few months in preparation for the opening of the new Mandir in Manor Road, Gravesend. 2 special events were arranged, a community procession to mark the inauguration of the Mandir on April 17th after which prayers were said, and then on April 29th local and national guests attended a special ceremony. These included the Mayor of Gravesham Cllr Harold Craske, Adam Holloway MP, former Cabinet Member Priti Patel MP, Cllr Gurjit Bains, Deputy Lord Lieutenant Dr Vasudaven, Vishakha from the Indian High Commission, Radio and TV Presenter Ravi Sharma and Dev Sharma MBE Chair of Kent Equality Cohesion Council. They were joined by other community partners including Kent Police and the North Kent Interfaith Forum and over a hundred people from the local congregation.
Gurvinder Sandher the CEO of Kent Equality Cohesion Council commented after the events “I would like to congratulate the Hindu community for making their vision a reality. I am aware of the hard work taken place over many years to raise funds and complete renovations. This is a welcome addition to the religious landscape to the borough and I look forward to working with the Mandir and its congregation.” 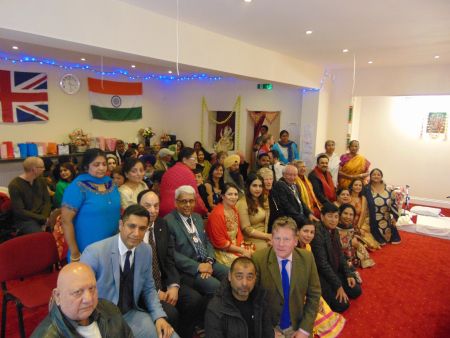 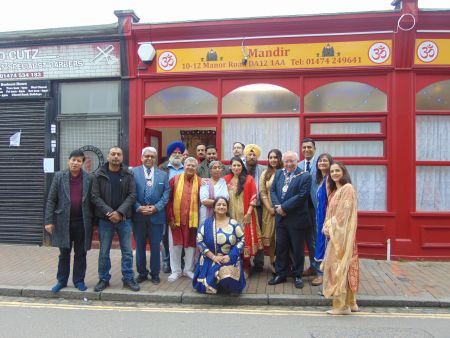