The Gravesham Mayor’s Curry Night which took place on Friday November 22 at the Old Town Hall proved to be a great success with over £1500 pledged to the Mayor’s Charity Fund on the night through an auction of artwork donated by local artist David Thompson, raffle ticket sales and donations. The Mayors two principle charities are Cancer Research UK and the House of Mercy, a local charity hostel for young homeless people.

Cllr Derek Sales the Mayor of Gravesham commented “I was overwhelmed with the great support that the curry night received. We have raised some vital funds for local causes and I would like to thank everyone who came and supported the evening and those who donated auction and raffle prizes.”

Guru Nanak Darbar Gurdwara President Davinder Singh Bains made a personal donation of £500 on the night while the auction raised another £500. In addition to the food there were performances by local young people including the Four by Four Bhangra Youth Club and emerging singer Gemma Moore.

Gurvinder Sandher the CEO of Kent Equality Cohesion Council who helped organise the Curry Night on behalf of the Mayor of Gravesham commented “I was pleased with the positive response that the Curry Night achieved. A lot of hard work goes into organising events like this, but it is worthwhile when you see how much was raised for local good causes. I am grateful to everyone who donated prizes for the raffle and the auction and all those who attended on the evening. This was another great example of the diverse communities of the borough coming together as one to support worthy causes.” 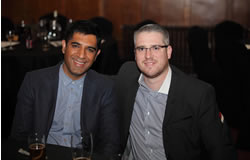 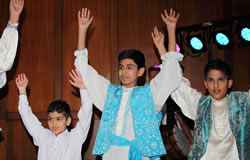