The annual Dartford and Gravesham Saint George’s day celebrations which this year was to feature 22 local schools from the areas on April 23rd have been cancelled due to the ongoing threat of Coronavirus. The celebrations which are some of the biggest in the South East are organised by Kent Equality Cohesion Council working in partnership with Cohesion Plus, Gravesham Borough Council and Dartford Borough Council.

Gurvinder Sandher, CEO of KECC commented, “It is imperative at this time that the safety of the schools, artists and members of the public is paramount. Following discussions with partners and taking into consideration the government’s advice on public gatherings, we felt it was best to cancel the celebrations. It is important in these most extraordinary of time that as communities, we stick together and support each other through this period.” 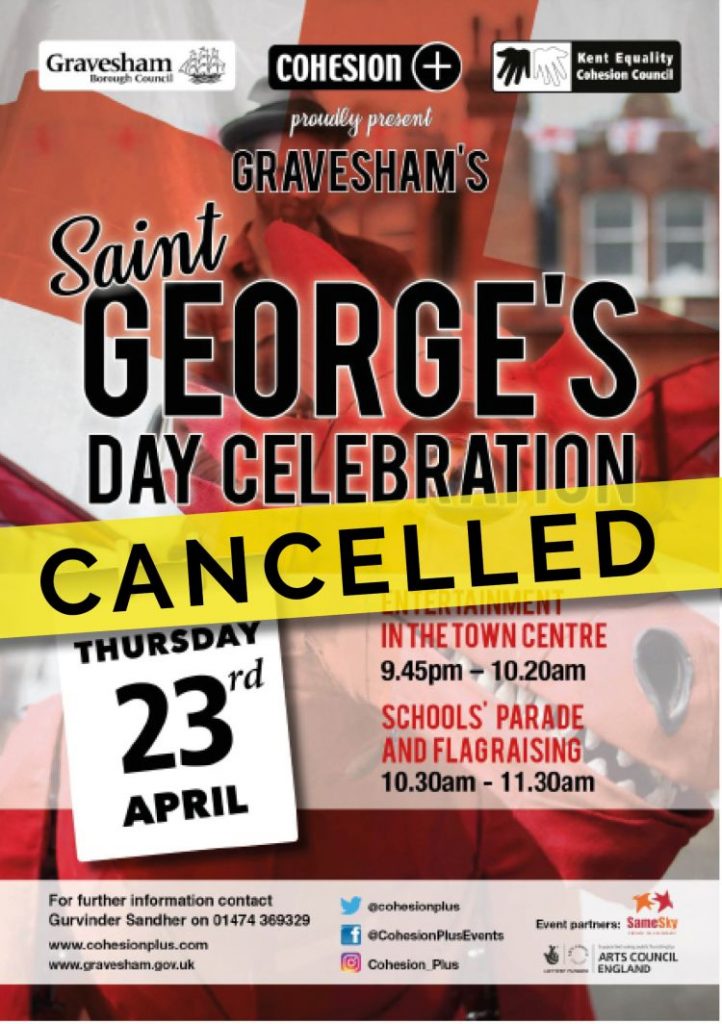 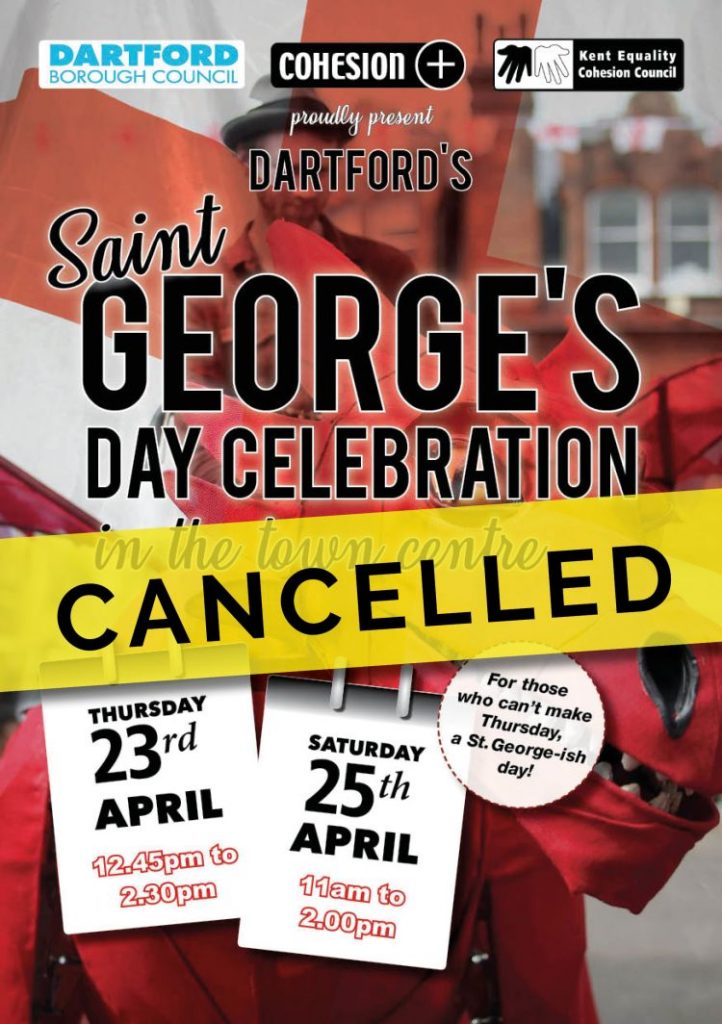