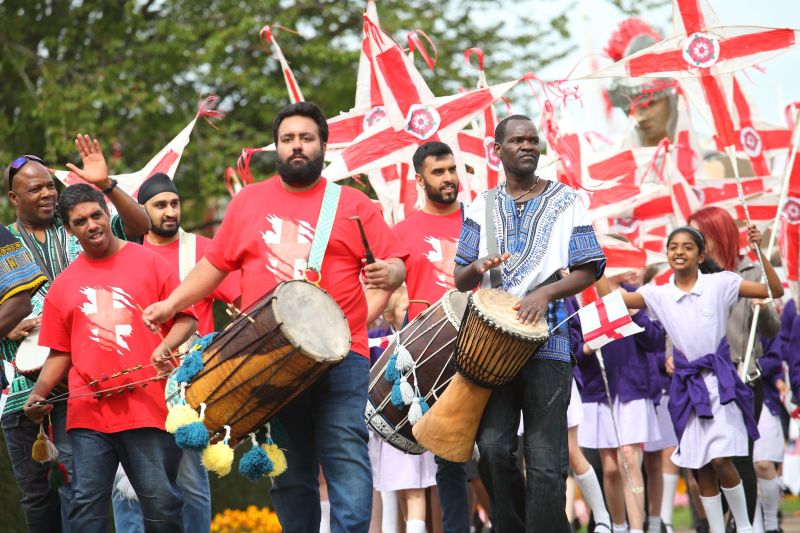 The annual Saint George’s Day celebrations in Gravesham and Dartford will be some of the biggest taking place in England on April 23rd. The celebrations, which have been put together by Kent Equality Cohesion Council and Cohesion Plus celebrate the communities of England in the context of 2019 and educates young people about Saint George the patron Saint of England.

This year 22 local schools across Gravesham and Dartford have been taking part in arts workshops run by arts organisation Same Sky in the lead up to the parade where they will have the opportunity to showcase their creations. The festivities are supported by Gravesham Borough Council, Dartford Borough Council and Arts Council England.

Gurvinder Sandher the CEO of KECC commented “Whether we like it or not our country is greatly divided. I hope that over time we can come back together and that is why events like Saint George’s Day need to be celebrated as there is more that binds us together as communities than divides us. We have been arranging Saint George’s Day celebrations in Gravesham and Dartford for over 10 years now and I believe these events are a model other parts of the Country can learn from.”