Over 1000 people attended the Gravesend Eid Community Mela which took place at the Fort Gardens on Sunday June 12th.

The community celebrations which were produced by Gravesend and Dartford Muslim Association, Shah Jalal Mosque and Cohesion Plus working with Kent Equality Cohesion Council featured an array of activity.

There was a programme of stage entertainment which featured Raag Qawwali Group, the Kings of Dhol, Lethal Soundz and a Kurdish Cultural Dance performance.

Guests who attended and spoke at the event included Dr Vasudaven the Deputy Lord Lieutenant, the Mayor of Gravesham Cllr Scollard and Civic Mayor of Lewisham Cllr Anwar. They were joined by District Commander for Gravesham and Dartford Chief Inspector Lay from Kent Police and Cllr Mochrie-Cox the Cabinet Member for Communities at Gravesham Borough Council.

Bilal Farooq, the Chairman of the Gravesend and Dartford Muslim Association commented, “We are really proud of what we were able to achieve. The sun really did shine on us and I have been over whelmed with the positive feedback I have received. The whole purpose of the celebrations were to bring the communities together regardless of faith and background and celebrate the auspicious occasion of Eid which is very important to the Muslim community. This is the largest Eid celebrations we have planned to date and we are grateful to all of our partners and volunteers who made this possible.”

Gurvinder Sandher MBE the CEO of Kent Equality Cohesion Council commented “We have a long and proud history of working in partnership with the Gravesham and Dartford Muslim Association going back over 2 decades. This was our most ambitious event to date and I am so pleased that all the hard work everyone put in has paid off. Celebrations like this provide opportunities for everyone to come together and have positive shared experiences and celebrate all that binds us together as members of the local community.” 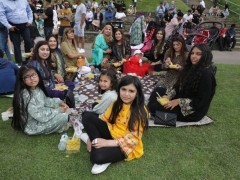 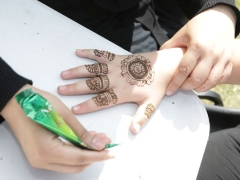 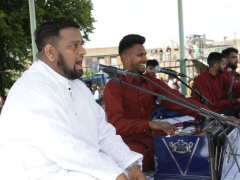 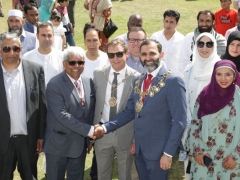 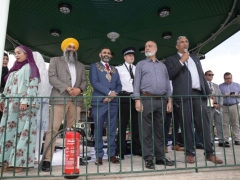 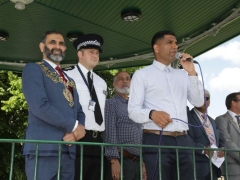 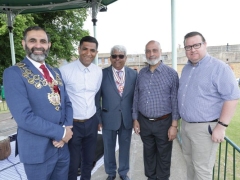 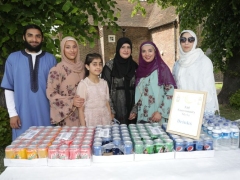 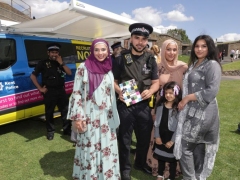