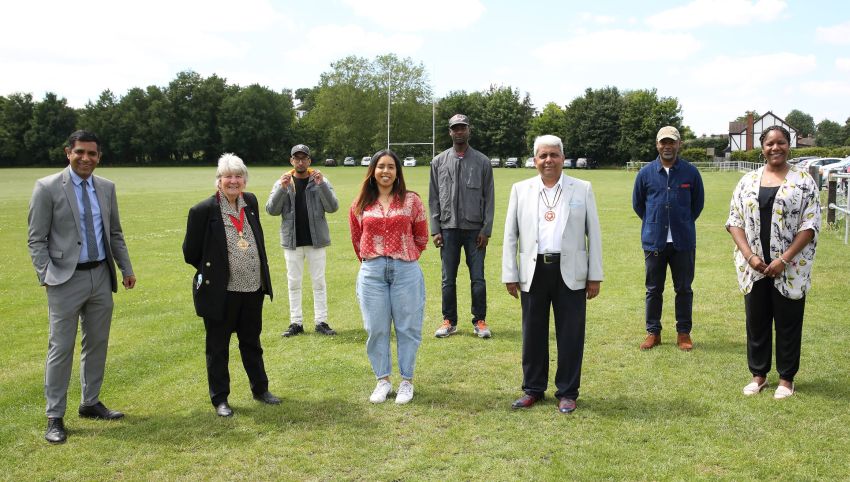 A socially distanced, community led Windrush Celebration took place in Gravesend on Wednesday 23rd June. The event was a community initiative arranged by Kent Equality Cohesion Council, the North Kent Caribbean Network and the Cohesion Plus.

The celebrations took place at the Old Gravesendians and was attended by elders from the Windrush generation as well as civic guests including Deputy Lord Lieutenant Dr Bhagwara Vasudaven, Kent County Council Chair Cllr Ann Allen as well as the Mayor of Gravesham Cllr Lyn Milner.

Windrush elders heard speeches by Gurvinder Sandher of Cohesion Plus and Michelle Bramble, Chair of the North Kent Caribbean Network as well as the civic guests in attendance who all congratulated the Windrush generation and following generations on the countless positive contributions they have made to the UK.

Gurvinder Sandher, Artistic Director of Cohesion Plus commented, “We were incredibly proud to have delivered our first in person community celebrations this year. Given the year we have all had, and that the country will look to be fully vaccinated soon, we felt it was necessary to return to some semblance of normality and host an event in person. The fact that we were able to begin with Windrush Celebrations felt poignant as it’s a chance to celebrate diversity and community cohesion as well champion key members of the community. Sadly, over time we seem to have forgotten that the Windrush generation were actually invited to the UK to help rebuild the ‘motherland’ so it’s imperative that we remember the countless sacrifices and hardships they have had to endure over many years and celebrate their positive contributions.”