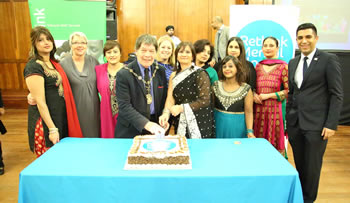 The annual Sadi Awaz Suno (Listen to our Voices) conference organised in partnership by Kent Equality Cohesion Council and Rethink Mental Illness Sahayak Services took place at the Old Town Hall in Gravesend on March 18. The aim of the women only event was to explore important issues which are not often discussed openly including mental health, on-line grooming and domestic abuse.

The key message coming out of the event was the fact that there was support available locally and that if anyone needed any help or support they should not hesitate to ask for it.

Once the conference element of the event had finished there was a special cake cutting ceremony led by the Mayor to celebrate 20 years of the Rethink Sahayak Project which supports communities from BME communities who need help around mental illness.

Gurvinder Sandher the CEO of the Kent Equality Cohesion Council commented after the event “I am really pleased with how the event went overall. It is important that issues such as on-line grooming and domestic abuse are discussed and communities know where there is support available locally. Gravesham for example had over 2000 incidents of domestic abuse reported to Kent Police in 2014-2015 and we all need to work together, communities, the authorities and local charities to raise awareness and provide support to victims.”

According to Carol Gosal Rethink Mental Illness Service Manager for Kent “We are very grateful to everyone who took the time to come and support this community event. The feedback that we received on the evening in person and through the evaluation forms indicates how important events like this are around raising awareness and highlighting what support is available. We are very much committed to working with Kent Police and voluntary sector partners to help those in need.” 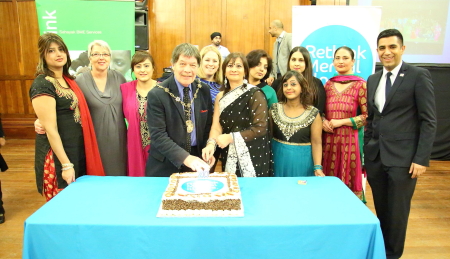 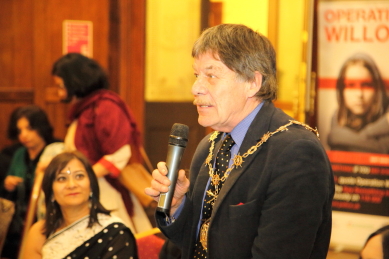 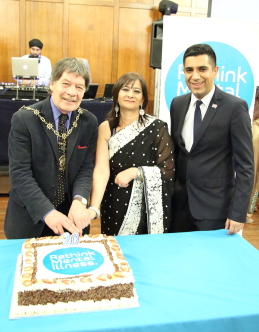